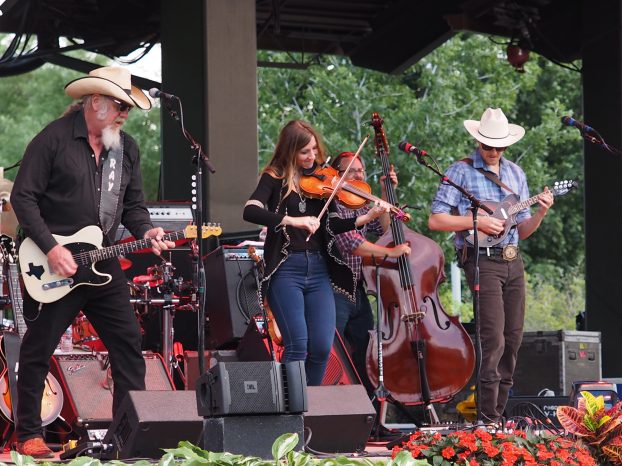 The Lutcher Theater for the Performing Arts announces the 2021-2022 Season. With the curtains rising after the longest intermission ever, the Lutcher welcomes performers and patrons back with an exciting and star-studded 42nd Season lineup.

“Whether you are a regular theater goer, or you have never seen a live performance on stage, Lutcher Theater has something for everyone and is a fun and unique way to spend time with family, friends & clients,” encourages Lutcher’s Managing Director, Lynae Sanford. 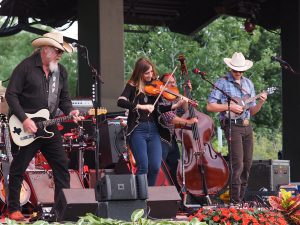 Celebrating 50 Years of Asleep at the Wheel

With 10 Grammy® Awards, a Lifetime Achievement Award by the American Music Association, 31 albums & over 20 singles on the country charts, Asleep at the Wheel has sustained a thriving career and entertained fans for more than 5 decades! It’s no wonder Billboard commented on the band’s catalog most succinctly: “Everything this act has ever released is simply spectacular.” With a fresh new lineup and the release of their latest album, “New Routes”, the band won’t be slowing down anytime soon! 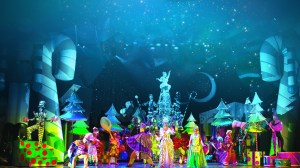 Cirque Dreams Holidaze lights up the 2021 holiday season with its popular and electrifying stage spectacular! This critically-acclaimed extravaganza is a Broadway musical and cirque adventure wrapped into the ultimate holiday gift for the entire family!

The New York Daily News proclaims a “delicious confection of charm, sparkle and talent by the sleighload and so full of energy!

Over 300 imaginative costumes, 20 world-class astonishing acts, the finest singers from every corner of the globe, original music and seasonal favorites celebrate Thanksgiving, Chanukah, Christmas and New Year’s in a 2-hour breathtaking spectacle. Broadway Director Neil Goldberg, has searched the world to assemble the most unique cast of incomparable cirque artists and theatrical talent to wow audiences nationwide. 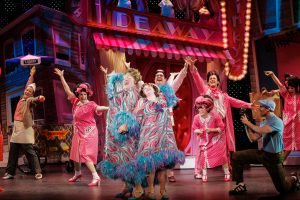 Hairspray
Photo by Chris Bennion and Jeremy-Daniel
Welcome to the 60s.

You Can’t Stop the Beat! Hairspray, Broadway’s Tony® Award-winning musical comedy phenomenon that inspired the blockbuster film and live television event, is back on tour! Join 16-year-old Tracy Turnblad in 1960’s Baltimore as she sets out to dance her way onto TV’s most popular show. Can a girl with big dreams (and even bigger hair) change the world?

Featuring the beloved score of hit songs including “Welcome to the 60’s,” “Good Morning Baltimore,” “It Takes Two,” and incorporating “Ladies Choice” from the musical film adaption, Hairspray is “fresh, winning, and deliriously tuneful!” 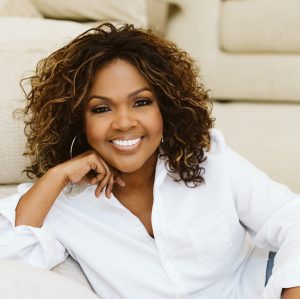 With a staggering 12 Grammy® Awards, 20 Dove Awards, and 7 Stellar Awards, CeCe Winans is one of the most accomplished and celebrated female gospel artists of all time. She has been inducted into the Gospel Music Hall of Fame, the Hollywood Walk of Fame, and the Nashville Music City Walk of Fame, in addition to being named a Trailblazer of Soul by BMI and garnering multiple NAACP Image Awards, Soul Train Awards & Essence Awards. With album sales in excess of 5 million sold in the US, CeCe Winans has influenced a generation of gospel and secular vocalists over the course of her astonishing career. 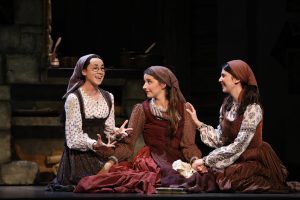 Fiddler on the Roof
Photo courtesy of Lutcher Theater

Fiddler on the Roof

Tony®-winning director Bartlett Sher brings his fresh take on a beloved masterpiece to life as Fiddler On The Roof begins a North American tour direct from Broadway. A wonderful cast and a lavish orchestra tell this heartwarming story of fathers and daughters, husbands and wives, and the timeless traditions that define faith and family. To love! To life!

Featuring the Broadway classics “Tradition,” “If I Were a Rich Man,” “Sunrise, Sunset,” “Matchmaker, Matchmaker” and “To Life,” Fiddler On The Roof will introduce a new generation to this uplifting celebration that raises its cup to joy! To love! To life! 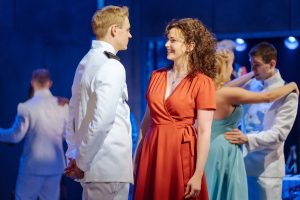 An Officer And A Gentleman
Photo courtesy of Lutcher Theater

An Officer And A Gentleman

This new musical is a sweeping romance that will lift you up where you belong! Based on the Oscar®-winning film starring Richard Gere, An Officer And A Gentleman is a breathtaking production that celebrates triumph over adversity and includes one of the most iconic and romantic endings ever portrayed on screen. Featuring the Grammy® Award winning, #1 hit single ‘Up Where We Belong,’ and a score packed with iconic 1980’s music! 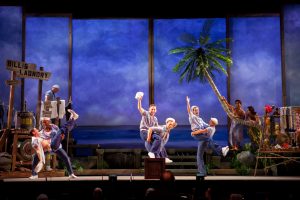 Love transcends the harsh realities of war and prejudice in this sweeping Pulitzer Prize-winning tale centered around two unlikely love affairs. Set on a tropical island during World War II, this timeless Rodgers & Hammerstein classic features some of the most beautiful music ever composed woven into an inspiring story cherished the world over.

Winner of ten Tony Awards, the beloved score’s songs include “Some Enchanted Evening,” “I’m Gonna Wash That Man Right Outa My Hair,” and “There is Nothin’ Like a Dame” amidst big, Broadway performances and a chorus of American sailors and Navy nurses ready to take you to “Bali-Ha’i.” 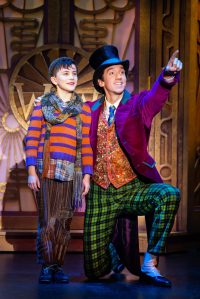 Charlie And The Chocolate Factory
Photo courtesy of Lutcher Theater

Charlie And The Chocolate Factory

Roald Dahl’s amazing tale is now Orange’s golden ticket! It’s the perfect recipe for a delectable treat: songs from the original film, including “Pure Imagination,” “The Candy Man,” and “I’ve Got a Golden Ticket,” alongside a toe-tapping and ear-tickling new score from the songwriters of Hairspray. Get ready for Oompa-Loompas, incredible inventions, the great glass elevator, and more, more, more at this everlasting showstopper! 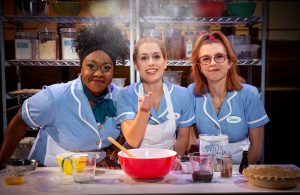 Inspired by the beloved film, Waitress tells the story of Jenna, an expert pie maker who dreams of a way out of her small town. A baking contest and the town’s new doctor may offer her a fresh start, but Jenna must summon the strength to rebuild her own life. Don’t miss this uplifting celebration of friendship, motherhood, and the magic of a well-made pie.

BEAUTIFUL – The Carole King Musical tells the Tony® and Grammy® Award-winning inspiring true story of King’s remarkable rise to stardom, from being part of a hit songwriting team with her husband Gerry Goffin, to her relationship with fellow writers and best friends Cynthia Weil and Barry Mann, to becoming one of the most successful solo acts in popular music history. Along the way, she made more than beautiful music, she wrote the soundtrack to a generation.

NAACP Orange TX Branch was excited about the announcement of another milestone in American History, especially in Texas; because the... read more