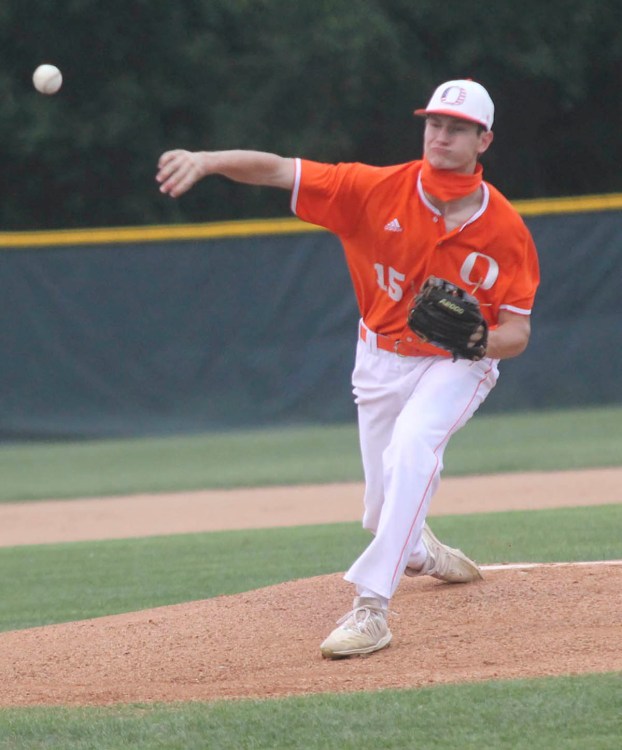 Van Wade/Orange Leader Orangefield’s Bryce Bergeron is the 2021 MVP of the All-Leader Baseball Team after going 11-2 on the mounds, including three playoff wins.

What a superb season it was for so many of our Orange County baseball players this season.

They were all so “giddy” to hit the field this season after the Covid pandemic canceled their 2020 seasons right before district started.

It did not take them long to shake off the rust and there were so many tremendous games that fans got to watch this season.

The Orangefield Bobcats found Class 4A to their liking. After producing big-time in the 3A ranks the previous two seasons, Coach Tim Erickson’s Bobcats took District 22-4A by storm this season, rolling to a 10-2 district mark and to a district crown.

The Bobcats (23-8-2) made their mark in the postseason as well, getting all the way to the Class 4A Region III Semifinals. They made it a clean sweep through the first three rounds before falling to Rusk in a one-gamer in the regional semifinals.

Both the Bridge City Cardinals and Little Cypress-Mauriceville Bears also nailed down playoff berths as they both kept their wonderful diamond traditions going.

Now it’s time to put a “bow” on a tremendous season with the 2021 All-Orange Leader Baseball Team.

This year, our Most Valuable Player honors goes to Orangefield pitcher Bryce Bergeron. Bergeron was a key cog on the hill all season long, going 11-2 and set the tone in each Game One of the Bobcats’ first three playoff series.

So without further ado, here is the 2021 All-Orange Leader Baseball Team as selected by the sports staff: