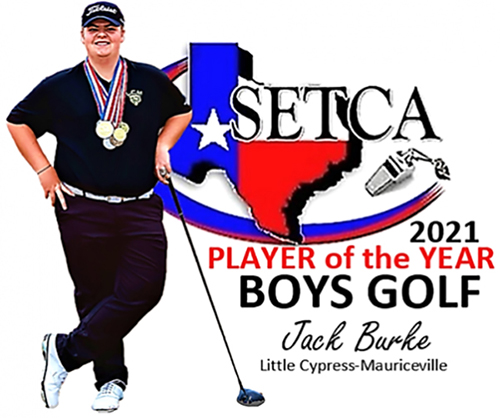 For the second year in a row senior Jack Burke has been named the Player of the Year for Boys Golf by the SETCA (Southeast Texas Coaches Association).  This season Burke won six tournaments including his third 22-4A District title and his second 4A-Region III title.  Jack will finish up the 2021 season as he and the Bears head back to the 4A Golf State Championship on May 17-18 where he is the defending 4A State Champion.