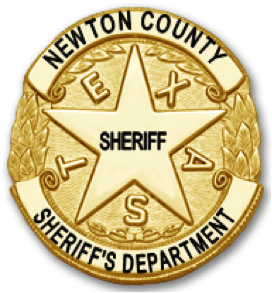 PRESS RELEASE — We had a good week around here last week. We are all getting ready for Thanksgiving. Please be safe and I wish you a great thanksgiving. Let’s see what’s been going on.

We are still getting scam calls here in the county. Remember if it sounds to good to be true, hang up and tell them to call your kinfolk, the sheriff.

Lady called and said a man was trying to kill her and he wouldn’t leave. She hung up. We get the address and got an officer headed that way. She called back “same thing”, she hung up again. When officer got there, she refused to cooperate and wouldn’t give us a statement. “What can I say”.

We recovered an abandoned ATV in a hunting club. It didn’t have a VIN number and it was all trashed out. It was a 500 Polaris and green in color.

We were contacted by a man on Old Champion who said his low boy was stolen. Any good deal on a low boy, please let me know.

Lady reported all her satsumas were stolen from her tree in her yard. That would make me mad also. Love them things.

A man called saying people are trying to kill him. He also said that the government is controlling his fans and his heater. We got him some help and hope he gets better.

Gotta go. Thought for the week: Journey of a thousand miles begins with one step. Be safe, and if we can help, just holler. God Bless.

The City of Orange Fire Department will be hosting the 5th annual “Fill the Fire Truck Campaign” at Central Fire... read more