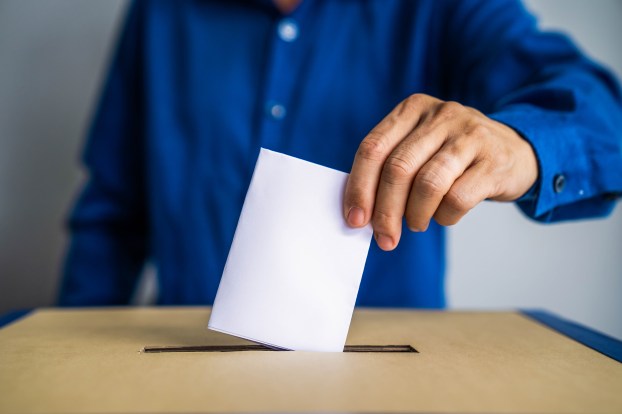 This article was originally published by the Center for Public Integrity, a nonprofit newsroom based in Washington, D.C.

In Texas, barriers to voting are strewn at every step of the process — with the coronavirus making everything worse this year. It’s the latest chapter in a long history of officials blocking access to the ballot box in the state, which for decades was under federal supervision because of discriminatory election practices.

Here’s a look at some of the most significant ongoing restrictions to voting rights and access in the state:

Texas is among nine states that do not offer online voter registration, and has fought lawsuits calling for it. The state argues that a physical rather than digital signature is essential to providing “election integrity.”

Would-be voters either have to fill out an application in person, risking infection, or must print it out and mail it, either way giving strapped election offices non-electronic paperwork to process.

A federal judge ruled in late August that the state is violating the 27-year-old National Voter Registration Act and had to set up a limited online system by Sept. 23. But it’s only for people renewing their driver’s licenses or in the midst of similar interactions with the state. And it could have little impact on this year’s election: Texas’ deadline for voter registration is Oct. 5, in contrast to the 19 states and District of Columbia that allow voter registration as late as election day.

All but five states in this pandemic year are allowing citizens to vote absentee without requiring an excuse. Texas is one of those five.

Stateline and the Center for Public Integrity are exploring how changes to polling places and other election shifts affect Americans’ ability to vote. Stateline is an initiative of The Pew Charitable Trusts. For information on how to vote in 2020, click here.

The state Supreme Court has ruled that lack of immunity to the coronavirus alone is not enough under the law to qualify as an excuse. The ruling left it this way: Voters who don’t fall into one of a few categories, including being 65 and older or out of town on election day, must decide for themselves whether their medical conditions make COVID-19 more dangerous and therefore qualify them for an absentee ballot, according to the Texas Civil Rights Project, a nonprofit advocacy group.

Texas Attorney General Ken Paxton, a Republican, sent a letter to local election officials in June threatening criminal sanctions for anyone who advises voters to apply for a mail-in ballot based on disability without “a qualifying sickness or physical condition.” According to his office’s website, one of his key priorities “is to investigate and prosecute the increasing allegations of voter fraud to ensure election integrity within Texas.”

The Texas Civil Rights Project says voters who believe they meet the criteria for an absentee ballot can request one without fear of being prosecuted. But the group worries that this message won’t get to everyone.

Texas did make a concession to the coronavirus, expanding early voting by six days. But some Republican leaders are suing over that decision, and the pressure to show up in person rather than request a mail-in ballot comes after years of polling-place closures in Texas.

Since a 2013 Supreme Court ruling removed key federal oversight here and in other states with a history of discriminating against voters based on race, Texas has shuttered more than 700 locations, according to a Leadership Conference Education Fund report.

In September, a federal court dismissed a lawsuit filed by Mi Familia Vota and other groups who say Texas’ handling of the election this year will increase health risks and suppress the vote. The plaintiffs’ requests, U.S. District Judge Jason Pulliam wrote, “do not appear unreasonable and can easily be implemented to ensure all citizens in the State of Texas feel safe and are provided the opportunity to cast their vote in the 2020 election.”

However, he concluded, the court had no jurisdiction to make the