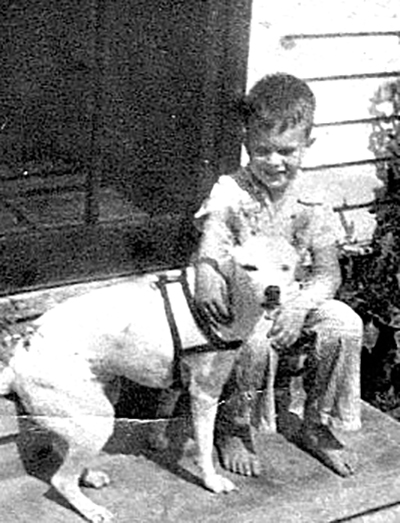 Mike Louviere And Now You Know

And Now You Know: Henry Lutcher was a progressive timber baron

Henry Lutcher was born in Williamsport, Pennsylvania in 1836, as a young man he worked as a butcher and later started in the lumber business.

He met G. Beddell Moore and formed a partnership. Lutcher had foresight and Moore had business acumen. Their partnership had been profitable in Pennsylvania and they wanted to expand.

Prior to the start of the Civil War, he and Moore made a trip to East Texas, surveyed the area and were impressed with the great stands of virgin timber.

The Civil War started, and Lutcher took time away from business and spent a short while fighting with the Union army. This action led to him being called a “Copperhead” in the South for several years.

He would eventually establish himself as a Southern gentleman and saw his two daughters marry into good Southern families.

In January 1877, he and Moore left Pennsylvania and began a whirlwind survey of Texas looking to expand their timber and lumber business there. Traveling by train, horseback, and stagecoach, they visited Southeast Texas, Newton and Jasper counties and went as far west as Austin and San Antonio.

On their trip, they stayed in private homes and rundown boarding houses. They arrived in Orange on January 29, 1877.

In Orange, they found two sawmills and several shingle mills in operation. They made meticulous notes on the depth of the Sabine River.

Moore kept a diary and between notes on the amount of timber observed, he wrote descriptions of conditions in Orange and seemed impressed.

They returned to Williamsport, but Lutcher did not stay long. In late 1877, he and his wife, the former Frances Ann Robinson, traveled to Orange to make it their permanent home.

Lutcher built a sawmill four times the capacity of any in the area and, after a few years of a low timber supply, had purchased enough timber to run the mill at full capacity.

Moore stayed in Williamsport until the late 1880s, then joined Lutcher in Orange.

The company built the first logging railroad in 1883. They named it the Gulf, Sabine, and Red River Railroad. It ran through the Louisiana forests to Niblett’s Bluff where the logs could be shipped to Orange by river year round.

Anticipating a shortage of timber on his tracts, Lutcher purchased more land in Calcasieu and Vernon Parishes in Louisiana and Newton county in Texas.

The town of Lutcher, Louisiana was established 40 miles above New Orleans on the Mississippi River where cypress timber was harvested and milled into lumber.

In 1901, Moore sold his interest in the company to Lutcher. Lutcher’s sons in law, W.H, Stark and Dr. E.W. Brown joined the company.

The company continued to expand its shipping and milling segments with exports to the United Kingdom, Europe, and the West Indies.

Lutcher headed a company with two large sawmills in Orange producing pine and cedar lumber. He had spearheaded dredging for an eventual deep water port. A fleet of schooners hauled cargo from Orange with and annual capacity of 90 million board feet of finished lumber.

He and his wife began philanthropic endeavors in Orange, two of which were the building of the Lutcher Memorial Presbyterian Church and the Frances Ann Lutcher Hospital. Both projects were headed up by Mrs. Lutcher.

The Lutcher family spread donations and endowments across Texas.

Lutcher died in Cincinnati, Ohio on October 12, 1912. Twelve days later he was buried in Evergreen Cemetery in Orange.

Henry Lutcher was a very wealthy man who cared very much about the well being of his employees. He set a precedent for the industry in 1901 when he began paying his employees in cash on a weekly basis. Most mill owners paid partly in cash, partly in script that was only good in company stores.

That year he also instituted a 10-hour workday in his mills and with the woods crews, again an unusual move when the workdays were set on quotas and the workers had to work as long as it took to make the quota.