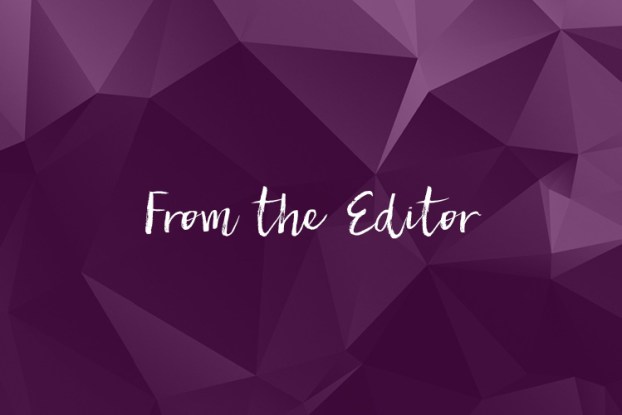 From the editor: Cyber bullying is never ok

Today, many want to open a dialogue with the others with opposing views, or so they claim.

Many times, one side just wants to hear itself speak and only want their side told, to heck with the other opinions.

According to the dictionary, dialogue is a verb and the NORTH AMERICAN DEFINITION IS:

take part in a conversation or discussion to resolve a problem.

In Russia, the same word is considered a noun and definition :

a discussion between two or more people or groups, especially one directed toward exploration of a particular subject or resolution of a problem.

“The U.S. would enter into a direct dialogue with Vietnam”

A common denominator is the resolution of a problem.

For the sake of argument sake, let us open a dialogue on bullying.

Being a bully is frowned upon and yet, both political parties are guilty of it. Each campaign we see more and more mudslinging and less of the ability to find a compromise.

Now, if a person posted a suggestion on social media to, say, your child, spouse, parent, sibling, a post suggesting people ban together to drive the person targeted crazy, would you condone such behavior?

Just for clarification, cyberbullying according to the dictionary is a noun defined as the use of electronic communication to bully a person, typically by sending messages of an intimidating or threatening nature.

Even in the example, it refers to children as the victims. It is also something we have discouraged children to participate in.

Yet, on social media, in a Democrat Party group, the following post was made (post is copied exactly as it read, no editing except to censor the language):

“Do you want to drive Teump crazy?

Do not argue with him. He loves that. He will lie, then he will lie about the lie. He makes sh** up all the time. To argue with him is to give him foreplay.

Do not reason with him. You have to be something other than him to have a reasonable conversation.

Do not engage with his supporters on his feed. They are absolutely not going to be reasonable.

Post it each and every day. Then just leave. Do not engage.

Keep it up every day. Just once a day, anytime. Just one sentence….. nobody likes you.”

Sounds like encouraging cyber bullying to me. I asked people’s opinions about it over the weekend, leaving out the fact it was directed towards the president.

Each one agreed it was appalling to bullying anyone like that or to encourage such behavior.

Yet, for some, when I clarified it was directed towards the president and not a child or young adult, it was suddenly acceptable behavior.

But is it? Isn’t that bending the rules to suit your needs?

The 2017 School Crime Supplement (National Center for Education Statistics and Bureau of Justice) indicates that among students ages 12-18 who reported being bullied at school during the school year, 15% were bullied online or by text.

The 2017 Youth Risk Behavior Surveillance System (Centers for Disease Control and Prevention) indicates that an estimated 14.9% of high school students were electronically bullied in the 12 months prior to the survey, according to www.stopbullying.gov

Cyberbullying can harm the online reputations of everyone involved – not just the person being bullied, but those doing the bullying or participating in it. It will be there long after the next election or the next president.

It also prevents open dialogue among people. Not because of the fear of offending someone, but the fear of retaliation for having a difference of opinion.

Once, we could agree to disagree while having a healthy discussion on a topic.

Now there is yelling, fear of harassment, and others encouraging bullying.

Congress shall make no law respecting an establishment of religion, or prohibiting the free exercise thereof; or abridging the freedom of speech, or of the press; or the right of the people peaceably to assemble, and to petition the government for a redress of grievances.

Yes, we have a right to our own opinions.

Stop trying to take away the rights of others just because it does not agree with your opinion.

Bullying, cyber or otherwise, is not acceptable and not opening a dialogue.

Dawn Burleigh is the editor of The Orange Leader. She can be reached at dawn.burleigh@orangeleader.com

J David Derosier Did you see in the news that China recently devalued its currency in response to tariffs from... read more