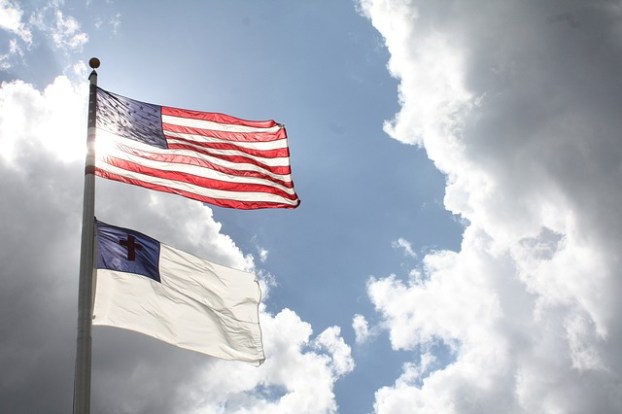 Separation of Christ and State – symptom or solution

The First Amendment of the Constitution reads, ‘Congress shall make no law respecting an establishment of religion, or prohibiting the free exercise thereof.’

I believe this meant something to America’s founding fathers, but over time, it has taken on a new dilutive meaning. Today, I’m understanding this phrase to mean that if something is related to the state, then the discussion of religion is forbidden and this is where I believe the symptoms of our country lies.

Our nation’s motto “In God We Trust” was placed on United States currency largely because of the increased religious sentiment existing during the Civil War. It was adopted as the United States’ motto in 1956 as a replacement of or alternative to the unofficial motto of E Pluribus Unum which means “out of many, one.”

In God We Trust, this short sentence or phrase was chosen as to encapsulate the beliefs or ideals guiding our nation is losing its value.

How can we operate successfully in our motto when we have an ideology that separates us from the very thing, we say we trust in?

Romans 13:1 (NKJV) Let every soul be subject to the governing authorities. For there is no authority except God, and the authorities that exist are appointed by God. God commands us to obey those that govern us as they must give an account to Him as to how we are treated. (Hebrews 13:17)

I say to everyone who holds a legislative office. God, is holding you responsible for how our nation is being run.

“Do not be deceived, God is not mocked; for whatever a man sows, that he will also reap.” (Galatians 6:7 NKJV)

We have printed our motto on the very thing that represents value. But do we really value it? Or is our motto not worth any more than the paper it’s printed on? Is the true intent to keep separation of Church and State, or is the under the current, separation of Christ and State?

The State of our Union confirms it all.

Karen Stevens Before continuing, it should be noted that some believe the events of Isaiah 17 occurred in the 8th... read more