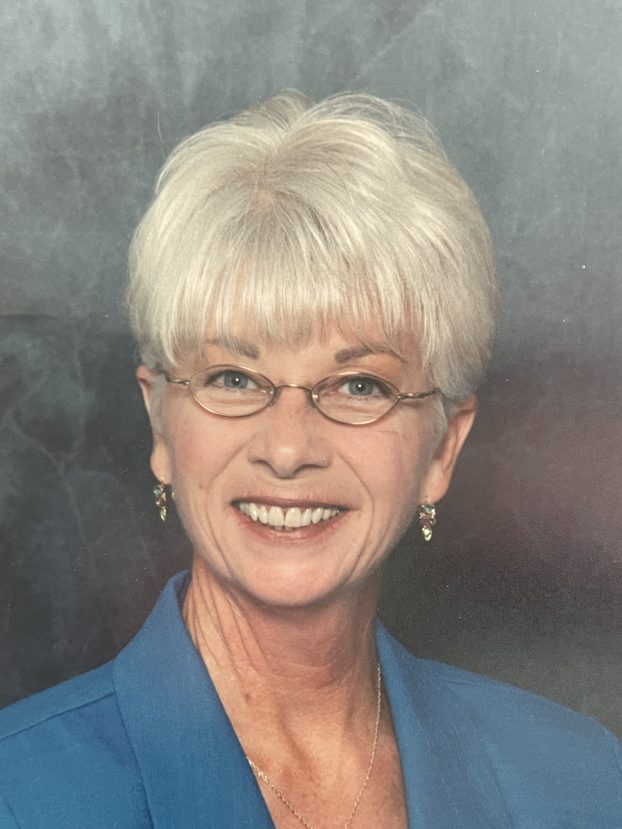 Sharon Ann Bland, 77, of Carrollton, left this world peacefully on the afternoon of September 8.

During her childhood, Sharon lived across the street from Jimmy Gordon Bland, who would later become her husband of 37 years from 1966 until his passing in April 2003. They spent their married life together in Mauriceville, Texas, where Sharon worked in the school district as Secretary to both principals and the district superintendent. She was so organized and a behind-the-scenes asset in her roles. Together, she and Jimmy served the Lord faithfully at First Baptist Mauriceville until his passing.

Soon after Hurricane Rita hit their home in 2005, Sharon relocated to Carrollton to be near her son, Jason, and his wife, Whitney. Her servant heart and genuine care for others allowed her to enjoy a wonderful second chapter of life together with a network of treasured friends through her involvement at First Baptist Carrollton and the Carrollton Women’s Club. Sharon invested herself in the lives of her grandchildren, Jeremy and Jessica, storing up many memories and lessons for them from their BeBe.

Sharon loved to minister to others for any reason and especially had a heart for those dealing with cancer. She was a multiple battle survivor of lymphoma. Her strength was in the Lord and she shared that peace, compassion, and love with anyone she could. Many would describe her as classy, Godly, and a real friend to all.

Sharon is preceded in death by her mother, Myrtis Morgan; and her husband, Jimmy Bland. She is survived by her son, Jason Bland and wife Whitney of Lantana; stepdaughter, Kelli Murray and husband Bobby of Katy, Texas; and grandchildren, Jeremy Bland, Jessica Bland, Zachary Murray and Trevor Murray.

She will be missed by her family and all those who came to know and love her.

Visitation will be at 12 pm on Wednesday, September 15, at First Baptist Church at The Fields in Carrollton, TX, followed by the memorial service at 1 pm. In lieu of flowers, memorial contributions may be made to the Leukemia & Lymphoma Society at https://givenow.lls.org