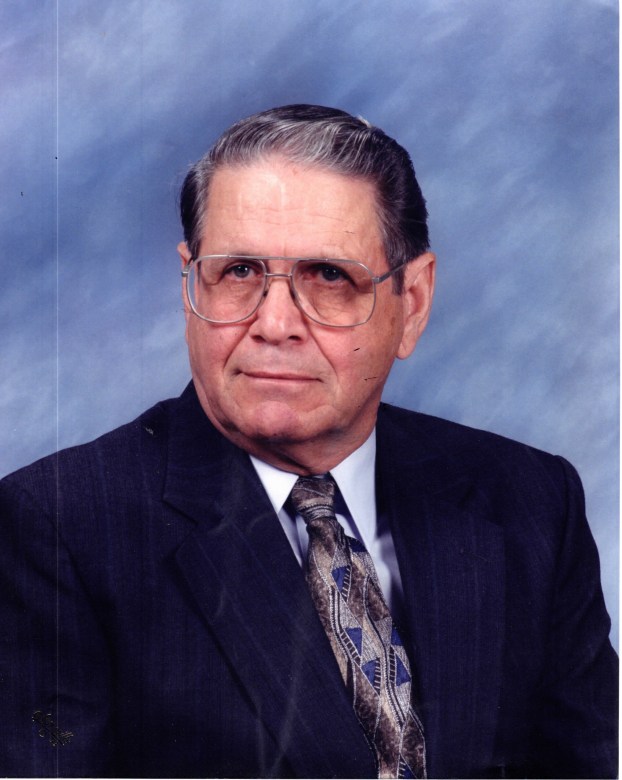 Don Smith passed away on May 04, 2021, following a brief illness. Visitation services will be held on Sunday, May 09, at 6 pm at South Park Funeral Home at 1310 North Main Street, in Pearland, TX. A Catholic funeral mass will be held on Monday, May 10 at 1 pm at St. Helen Catholic Church at 2209 Old Alvin Road, in Pearland. Father José Alonso will officiate at the funeral service at St. Helen. Interment will follow the services at South Park Cemetery in Pearland, in the Resurrection Section, on the east side of Highway 35, very close to his daughter Mary Meglyn Smith. Livestreaming of the visitation services will be available at https://www.southparkfunerals.com/obituaries/. Under his obituary, refer to the “Obituaries & Services” tab for the link to the livestreaming when it becomes available.

The son of Darbes and Mary Warvley (LaFleur) Smith, Don was born on March 23, 1934, in Opelousas, LA and moved to Orange, TX with his family as a child. He served for four years in the US Air Force, achieving the rank of Enlisted Airman 2nd Class, working as an aircraft mechanic in AK, and was honorably discharged on August 29, 1955. After service, Don worked in the shipyards in Orange before moving to Houston to work at Continental-Emsco (later LTV Steel) as a welder and steel fitter, and later as an inspector of oil rigs during their construction. During his time there, he worked as an organizer to prevent the development of a union at his workplace, strongly believing it would cause harm to the employees. Don traveled extensively for his work, mostly to Asia and South America, inspecting the construction of large oilfield structures.

Don remained in Pearland for the rest of his life and had many life-long friends in his community. Don was a father to daughters Donna Alison, Eva Catherine and Mary Meglyn Smith. Don was an avid carpenter and built an extensive wood and metal workshop at his home; he enjoyed building furniture and toys, particularly using cedar. He hand-crafted his own home in which he lived independently to age 87. He was a lifelong lover of music and reading, chess and “42” (dominoes). Don welded horse and cow trailers for sale as a side business. For a time, he also raised sheep on his land in Pearland. Daughters Ali and Eva and their cousins tried to ride the sheep, and they were always thrown off, laughing. Don enjoyed fishing and boating on Lake Toledo. He was amused once when his then young daughters Ali and Eva learned how hard it is to row a motorboat after the motor died.

Don traveled for pleasure with several friends. He bowled with the Bellfort Lanes Flubbers Independent Men’s Bowling League for some years. He was a member of the Pearland Memorial VFW Post 7109. Don enjoyed the support of tight-knit group of men friends who met weekly for coffee at what was then Ford’s Restaurant in Pearland. He was a charter member of St. Helen’s Catholic Church, helped to build the original white frame structure, and attended mass regularly.

In his later years, his blindness sent him back to school to learn how to continue living independently throughout his life. He learned many new things such as adaptive and computer skills from the VA Hospital in Houston and the Criss Cole Rehabilitation Center in Austin. Don and his family are particularly grateful to the many friends who helped support him during these years.

Don will be remembered as a loyal son to his parents, a faithful friend, a hard worker, and a man with strongly held beliefs and principles.

Don is survived by daughter Eva and husband Michael Andrew Zubel along with their children Valerie Paige Zubel and Zachary James Zubel, and by daughter Alison Smith and her daughters Meglyn Rebecca and husband Daniel Lilletvedt Masters, and Madison Celeste Rickerl, all of Houston. He is also survived by sister Natalie Ann (age 91) and husband George Marlon Sepulvado (age 94), of Orange.