OP-ED: Transparency bills on the move in the Texas Legislature 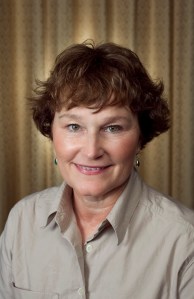 Transparency bills are moving forward in the Texas Legislature with bipartisan support to promote open government and correct public information access problems that arose amid the COVID-19 pandemic.

With about five weeks left in the legislative session, here’s a status report on bills backed by the Freedom of Information Foundation of Texas, the Texas Press Association, the Texas Association of Broadcasters and other members of the Transparent and Accountable Government Coalition:

House Bill 2683 by Rep. Terry Canales, D-Edinburg, won unanimous approval in the Texas House of Representatives. It addresses online meetings allowed under the Texas Open Meetings Act. Though the virtual meetings provision of the law worked well for many governments during the pandemic, in some cases rules for public comment were unfairly imposed and telephone call-in lines were not provided to accommodate those without Internet. HB 2683 corrects those problems. It now moves to the Senate.

House Bill 1416 by Rep. Giovanni Capriglione, R-Southlake, received approval in the House State Affairs Committee. The legislation defines business days under the Public Information Act to ensure timely responses to public records requests. Throughout the pandemic, many government offices have not responded to requestors, citing the physical closure of their offices or because they were operating on a “skeleton crew” with staffers working remotely. However, many records today are available electronically, meaning they likely can be accessed remotely. The bill next moves to the full House.

House Bill 3627 by Rep. Chris Paddie, R-Marshall, clarifies existing law pertaining to “catastrophe notices” that governments can file to briefly suspend TPIA responses during a disaster. This legislation adds specifics to the law to prevent abuse. It was approved by the House State Affairs Committee and is now moving to the full House. Senate Bill 1225 by Sen. Joan Huffman, R-Houston, is the identical bill in the Senate and recently had a public hearing in the Senate Business and Commerce Committee.

House Bill 3015 by Rep. Ana Hernandez, D-Houston, won approval in the House State Affairs Committee and is heading to the full House. Enforcement measures in the bill require governments to respond to public records requestors even if no responsive documents are found so that requestors remain informed. It also calls for additional training if public officials aren’t following the public information law.

Senate Bill 930 by Sen. Judith Zaffirini, D-Laredo, won passage in the Senate and is now in a House committee. Zaffirini’s bill, including a key provision added from similar legislation by Sen. Lois Kolkhorst, R-Brenham, ensures nursing home residents and their loved ones can get the information they need about communicable disease outbreaks such as COVID-19. A House version of the bill, HB 3306, by Rep. Mayes Middleton, R-Wallisville, was approved in committee and is headed to the full House.

House Bill 1810 by Capriglione was approved by the House State Affairs Committee and is headed to the full House. It provides access to searchable-sortable records, meaning that when government information is stored in spreadsheets or other electronic formats that can be searched and sorted a requestor has the right to ask for and obtain the records in that format.

A little more than a month remains for lawmakers to act, so it’s time for open government supporters across Texas to let legislators know they support these proposals. Let’s remind our elected officials how crucial transparency is to government accountability, and that’s important to us all.

Kelley Shannon is executive director of the non-profit Freedom of Information Foundation of Texas. For more information go to www.foift.org.