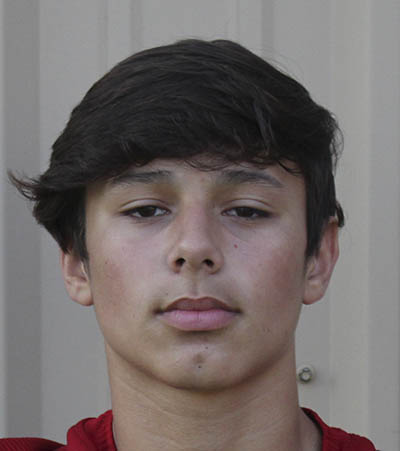 BRIDGE CITY – An explosive Silsbee Tigers offense overpowered Bridge City by a score of 51-21 in a District 11-4A Division II matchup on Friday at Ward Stadium.

Bridge City (1-3, 1-2) received the opening kickoff, and their struggles immediately began. After just a couple of short plays, the Cardinals went three-and-out and were forced to punt on their first drive of the game. Silsbee (4-2, 3-1) took possession, and a 36-yard pass from Raymond Foster to Quincy Kelley Jr. set the Tigers up for a field goal.

With five minutes remaining in the first quarter, BC’s offense was again unable to get the ball moving, punting for the second straight time. As soon as Silsbee got the ball back, Antonious Arline broke free on a huge 58-yard touchdown rush to put the Tigers up by 10. Arline finished with 204 yards on 24 carries.

The problems continued for the Cardinals and they were forced to punt yet again, and Silsbee found their way into the red zone to end the first quarter. Malik Jones then punched the ball in on a two-yard touchdown rush, putting the Tigers ahead 17-0.

Despite trailing to start the second quarter, Bridge City finally got things rolling on offense. A 29-yard pass to Austin Richardson got them moving downfield, and several plays later Ethan Oceguera scrambled for a 7-yard touchdown- the Cardinals’ first score of the game.

With about six minutes left in the second quarter, Silsbee’s red-hot offense took the field again. The Tigers drove downfield with over 60 yards through the ground game. However, they eventually missed a 40-yard field goal, leaving the score 17-7.

Bridge City took over, but things started to fall apart. The special team unit took the field, but a bad snap gave the ball back to Silsbee at the 8 with 20 seconds in the half. Antonious Arline scored his second touchdown of the night on an eight-yard rush, extending the lead to 24-7 at the half.

The Tigers received the ball to start the second half, and the offensive fireworks just kept on going. A massive kick return set them up from the BC 29. With the great field position, Arline rushed for his third touchdown of the game on another 8-yard attempt.

Trailing 31-7 with eight minutes to go in the third, JT Fielder grabbed three passes for 23 yards and a 36-yarder to Blake Moore put the Cardinals at the goal line. JS Bearden found the gap and scored on a one-yard touchdown run, narrowing their deficit to 31-14.

Silsbee’s next possession included a 55-yard dime into the red zone from quarterback Raymond Foster, and Malik Jones scored his second rushing touchdown from four yards out. With Silsbee leading 38-14, the Cardinals’ coughed the ball up on an interception to Malik Jones, setting the Tigers up on offense one more time. A 37-yard field goal extended the lead even more to 41-14.

With the game turning into a big margin at the end of the third quarter, the Cardinals went three-and-out again, and the Tigers retaliated with another field goal and made it a 44-14 ballgame.

Only five minutes remained in the game when Oceguera hit Kyler Garlaska for a 71-yard passing TD, bringing the score to 44-21.

The most impressive play of the game came on the following kickoff, when Silsbee’s Raymond Baltrip returned a kickoff 90 yards to the house for another score, making it 51-21.

The Cardinals will venture to Orangefield next week to take on the Bobcats.

WEST ORANGE – Dominating the game from start to finish, the West Orange-Stark Mustangs downed the Orangefield Bobcats 51-7 in... read more