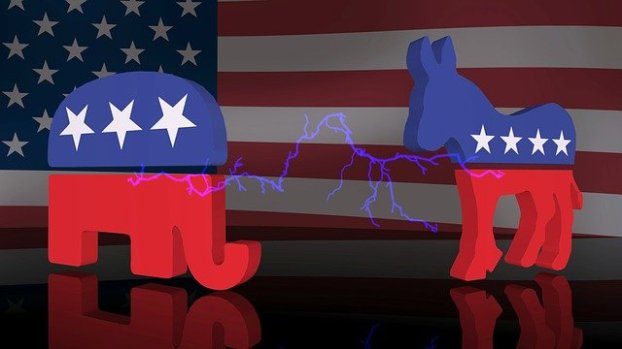 chayka1270/Pixabay Early voting in Texas kicked off Tuesday, which means many people can expect long lines around their polling places.

AUSTIN, Texas — There’s a lot at stake in next month’s election, and Texas faith groups are making a push to get voters to the polls by urging them to make a “plan” to vote.
Bee Moorhead, executive director of Texas Interfaith Center for Public Policy /
Texas Impact, said she believes the group’s social-media campaign will reach people of faith, because congregations have become adept at attending worship services and other events virtually. She said she wants Texas voters to understand their options, whether that’s in-person or mail-in voting.
“When we say make a plan to vote,” she said, “we mean consider your options and make a plan, not just, ‘I’m totally planning to vote this year.'”
Moorhead said some Texas voters who requested absentee ballots have since decided to vote in person on Nov. 3. She warned them not to destroy their ballots, because without them, they won’t be allowed to vote in person at their polling place. The group’s social-media campaign points viewers to the Texas Impact website to find a flowchart for voting.
The group interviewed prospective voters, including Brownsville’s Daniel Castillo, to ask how they plan to cast their ballot.
“So, I’m an essential worker and I’m vigilant about mask wearing and social distancing,” he said. “I’m going to vote in person. It’s totally safe as long as you follow the guidelines.”
But that plan might not be comfortable for older voters, or anyone with a compromised immune system. Austin residents Colleen Mikeska and David Vasallo said as parents, they have a unique game plan for voting.
“With two kids and no one to babysit,” Mikeska said, “we’ve got to get a little creative to vote these days.”
“One of us will drive around the block,” Vasallo added, “and the other one will go in to vote.”
“And then,” Mikeska said, “we’ll swap.”
Earlier this week, a U.S. federal appeals court panel upheld Gov. Greg Abbott’s order to eliminate dozens of ballot drop-off sites just weeks before the election. The ruling reverses a federal judge’s decision last week that halted the order – which means only one absentee ballot drop-off location is allowed for every Texas county, regardless of its size.

Due to unforeseen circumstances, the airing of The Fabulous Equinox Orchestra Concert on October 25, 2020 has been postponed. Stay... read more