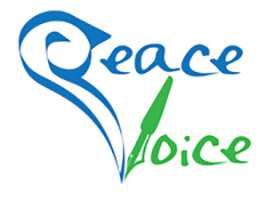 Op-Ed: Be a viral superspreader 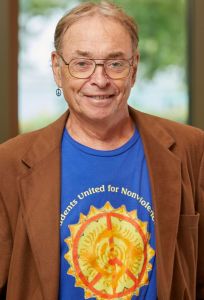 I’m hoping you’ll agree to be a viral superspreader—in a good way, in a way that actually defends democracy and keeps America free.

Trump has again said that he might not abide by the results of the upcoming election if he doesn’t like those results, that is, if he loses.

Trump won in 2016, thanks to the antiquated, obsolete electoral college, which gave him the bizarre victory despite losing by nearly three million votes.

This time we will vote him out.

In the summer of 2016 I told my university president that Trump would win. He scoffed and said, “Never.” Yeah, never didn’t last that long, to paraphrase the old country song.

Trump is trying every dirty election-rigging method he can think of, even suggesting his people commit felony vote fraud themselves by voting twice! He said, “send it in early and then go and vote.”

But despite all the mischief coming from Trump, from Russian trolls, and from Republican governors and legislatures who have done their level worst to break the voting process for many who might not vote their way, Trump will lose this time.

We will vote. And we will use all nonviolent means to defend that vote.

To take the pledge to join us, please sign on at https://choosedemocracy.us/#pledge and tell everyone you know.

When Michelle Obama described what we might need to do, that was a wake-up call. In some states we may need to stand in line for hours, even overnight, to vote. Those of us with mail-in ballots should get them right in the mail very early or, even better, find an official ballot dropbox and physically put our ballot into it. In some states, public libraries offer that service.

When the people knew that they had voted out Ferdinand Marcos in the Philippines in 1986, they did not put up with his attempt to steal the election.

When the people of Chile knew that they had defeated General Pinochet at the ballot box they did not allow him to carry through with his attempt to steal the election.

When the Serbian people knew that they had voted dictator Slobodan Milosevic out in 2000 they went on general strike until he stepped aside.

All these defenses of democracy were nonviolent, all were entirely unarmed, all faced well armed troops and police, and all were victorious. They all showed respect and even fondness for police and soldiers, but stood in the gap very publicly and refused to allow the dictator to steal their democracy.

We can do this, if we remain nonviolent, committed, and unified. Please join in this open commitment to use peaceable methods to achieve the election protection we need and deserve.

Spread the word, sign on, join millions of Americans determined to stop any election fraud and assure a peaceful transition of power.

Dr. Tom H. Hastings is Coördinator of Conflict Resolution BA/BS degree programs and certificates at Portland State University, PeaceVoice Director, and on occasion an expert witness for the defense of civil resisters in court.

Op-Ed: In a divided time, saving local journalism is a bipartisan cause

Dean Ridings In a presidential election year and in the midst of the dual crises of the coronavirus pandemic and... read more