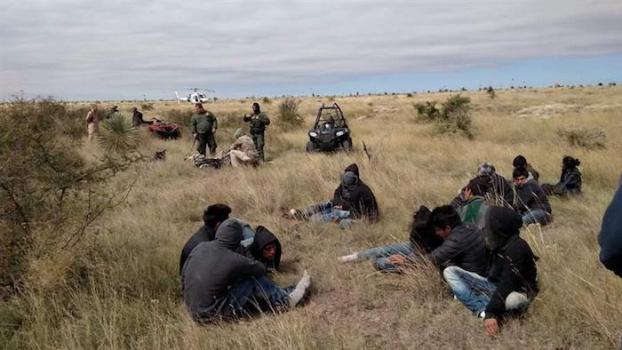 Photo courtesy photo In recent months, record numbers of teenagers and children traveling without their parents and in need of shelter have arrived at the U.S. border with Mexico.

EL PASO, Texas – A group that opposes U.S. immigration policies and holding children at military bases is protesting today by walking to Fort Bliss near El Paso, where 3,000 children are thought to be held.
Josh Rubin, founder of Witness at the Border, said his group is opposed to detaining children at Fort Bliss or other centers in Dallas and San Diego.
Rubin said the children have exercised their right to migrate and seek asylum, and marchers will be calling on the Biden administration to end Title 42 expulsions implemented by President Donald Trump and admit migrant families on a priority basis.
“It’s not a problem for our country to absorb the people that want to come here,” said Rubin. “It’s never actually been a problem at all. We need people in the workforce. We only have a problem with the appearance of it.”
Marchers will bring stuffed toys for the children expelled or left behind to the Pershing gate at Fort Bliss and then, rally at Haddox Family Park at 12:30 p.m. The walk coincides with the Mexican Children’s Day, or El Dia Del Nino, traditionally celebrated on April 30.
The Biden administration has ramped up capacity to house the thousands of children arriving at the Southwest border without a parent or legal guardian.
Rubin said many being detained already have family members in the U.S. who are ready, in most cases, to provide them with homes.
He said Witness at the Border wants the administration to allow parents and other close relatives living in the U.S. to come to the border and get them.
“These are desperate people who are expelled back into the most dangerous places in the hemisphere,” said Rubin. “And these parents, these family members, look at their children and say, ‘Well, if I can’t go, I at least have to save my children.’ And they send them across.”
Fort Bliss has 5,000 beds for unaccompanied children fleeing deteriorating conditions in their home countries.
A portion of the Dallas Convention Center also is being used as one of more than a dozen temporary shelters the Biden administration has established to accommodate the children.

On Wednesday, April 28, the Vidor High School Choir Department, under the direction of Shawn Simonson, participated in the UIL... read more