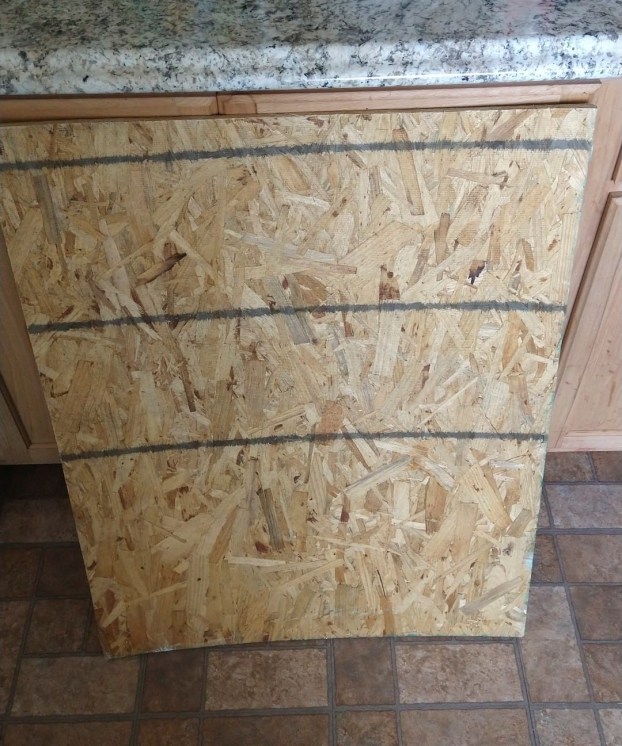 OP-ED: Story Over A Cup: Enjoying our plywood riches

I guess you never expect to win the lottery.

I know I have been buying a ticket a month for years and have never won a large prize. There are people I talk to who are always going on about how they will spend their money when they win the big prize.

Me, I would be happy to win enough to buy a cup of coffee at the Jumping Bean.

Of course, this means I was nowhere near ready for the riches which fell into my lap last week.

I was walking my dog Bill in my front yard and a truck raced by.

Usually, such things I ignore. After all, down my street some drivers have taken to considering it a drag strip with no speed limit.

As long as I do not have to ditch dive, I am okay. Another story.

But, this one gets my attention because right in front of my mailbox it hits a pothole.

It kept going, but something flew into the ditch from the truck.

Bill pulls me to the ditch and I am stunned.

It is a large piece of plywood.

I know. It sounds too good to be true.

I didn’t think it could happen to me.

Between Bill trying to pee on it and me tugging on it, I was able to remove the plywood and set it on my porch. I figure I will stay here, after all, the owner is bound to notice he has lost such an amount of money and retrace his steps.

I wondered why he was so careless with his wealth. I would probably move a piece of plywood in a Brink’s Truck.

If I could afford the plywood to begin with.

So, I waited. And waited.

Waited some more. What is the appropriate amount of time to wait before claiming a lost item as yours?

I thought about calling the Home Depot or McCoy’s. Maybe even Child’s. I am sure with the amount of money involved, these stores would have some sort of way to track the plywood.

Like serial numbers on money, so they could later call the Secret Service.

Which brings up the question, is there a division of the Secret Service dedicated to counterfeit plywood? Law & Order: Building Trades?

But, if this is already stolen, would I be implicated in the theft?

I wonder if it isn’t stolen, should I get it appraised?

Well, it finally hits me. I had struck it rich. I started imagining all the things I could do with the plywood. I could sell it and buy a boat. Maybe travel the world. We could retire.

Pay off student debt. Nah, let’s not dream too big.

Well, anyway, my family and I would appreciate a bit of privacy as we decide how to deal with our new found wealth.

OP-ED: Transparency bills on the move in the Texas Legislature