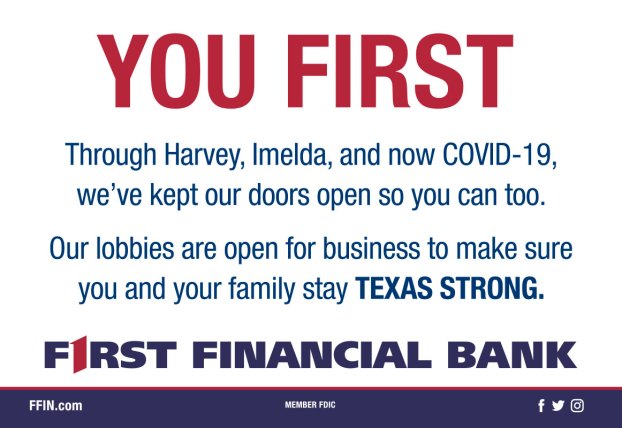 And Now You Know: Orange’s first shopping center and other news from January 1955

Stanford Alexander the Director of Development for J. Weingarten, Inc. announced in early January 1955 that the company would be building a “big one stop shopping center” on a vacant tract of land east of the Weingarten supermarket on Turret Road.

Alexander said the project had not yet reached the blueprint stage and the cost and starting date had yet to be determined.

“We are still contacting prospective tenants and it will be some weeks before the exact physical set up can be determined”, Alexander said.

The total space was to be about seven acres located on Turret Road between Second Street and Cooper’s Gulley. About three acres would be set aside for the parking area.

The property had been acquired by Weingarten several years before when the firm bought the large supermarket from the federal government.

The large grocery store had been operated by Weingarten since early in WWII when it had a lease agreement with the government. Weingarten had done extensive remodeling of the store after it was purchased.

Alexander stated that any Orange concern interested in securing space in the new center would be welcomed and that inquiries could be directed to him at his Houston office located at 600 Lockwood Drive.

A not guilty plea to a drunken driving charge was entered by Robert Stewart of Kirbyville in the county court before County Court Judge Charlie G. Grooms.

Bond was set at $300 with the hearing scheduled for January 17. The defendant was arrested on January 4 at 1:10 a.m. on U.S. Highway 90 one mile west of Vidor by Highway Patrolman J.D. Parker of Beaumont.

The Orangefield school board voted to have new walks installed around the gymnasium. Superintendent Terrell Love said about 1500 square feet of walks were needed in addition to a quantity of sand fill. The work was expected to cost about $2900.

The Women’s Club of Orange announced that a series of bridge lessons was scheduled to start on January 25. Ladies interested in taking lessons needed to purchase tickets to take the lessons.

The club only had seating for 80 persons at its tables. About 125 had expressed an interest in taking the lessons. The club stated that any tickets not paid for by January 20 would be put up for resale.

The lessons would end February 17. There would be a tournament held at the end of lessons for those who had taken the lessons. Awards would be given out and refreshments would be served.

An ad for Penney’s was for “The Original TUB-UMS.” The ad stated they were “For Relaxing for Showers; For Boudoir; Lux-‘Em; Always Clean.” They came in sizes S-M-L. The price was listed at 39 cents per pair.

(Does anyone know what TUB-EMS were? If you do, this writer would like to know).

To contact Mike Louviere, email news@orangeleader.com  Please use To Mike in the subject line.

WACO, Texas – More than 5,300 Baylor University students have been named to the Dean’s Academic Honor List for the... read more