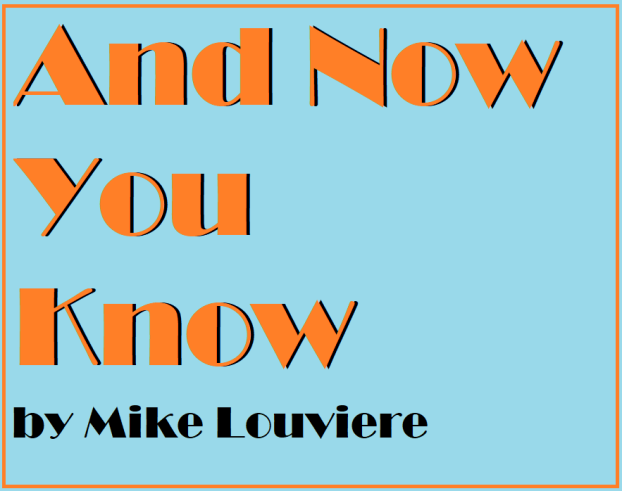 And Now You Know

And Now You Know: Mundane news in Orange for June 1940

News today is not very good news. Looking back to the Orange Leader issue of June 28, 1940, news was different. It was mundane compared to news reported today.

There was a column on the front page titled “Motion Pictures Around Town”. The lead was about the temperature; ‘“Not so hot” …at 8 a.m. on this 28th day of June the clouds have hidden the sun for a beginning.

The Quality Cleaners truck driver pauses for a quick pickup and is on his way.

Here’s an out of town car bearing a friendly passenger who is brisk with his salutation—the car number is “344.”

A woman leans over to support herself on the back of a tree seat in Stark Park as she converses with a man occupying the seat.

Sound Equipment: (Three men standing on a street corner) ‘Here’s what I think, Italy and Russia are got on the side of Germany because…….’

George Levingston, vice president of Levingston Shipbuilding Company steps in the car, steps on the gas and zooms away.

Cecil Smith from the Shell Petroleum Marsh Island Camp down in Cameron Parish is momentarily in the picture.

In other front page news:

Orange civic clubs are to be commended for the movement to place introductory signs to the city at a conspicuous location on the Old Spanish Trail some three or four miles to the east of this place. This sign will be of particular interest to those not altogether familiar with the information regarding this city and surrounding areas. This display of outstanding facts is to be made very attractive.

Edwin Turner, native young man of Orange, has taken over the management of the Magnolia station located at 102 Green Avenue, effective this week.

Tommie Rao, a sign painter who has been employed in Beaumont for the last two years has returned to Orange and opened a sign shop at 402 Second Street to be known as ‘Rao Signs.’

Rao who was raised in Orange worked in Orange nearly 10 years before going to Beaumont is well known.

There have been approximately 150 people making application to attend a mattress making demonstration being staged for farm people of low income.

(The demonstration was to be held June 29. Applications were to be made to A.J. McKinzie, county agent or to Miss Agnes Roberts, county home demonstration agent.

Cotton for mattress making had been received and other materials were due to arrive. It was expected that it would be after the farmers short course at College Station scheduled to start July 7 before mattress making would start in Orange County.)

Bud Russel, state penitentiary agent, left Orange with three men who were convicted during the last session of district court.

Otis Parsons and Walter Duncan were to serve three years each on a charge of theft. Russell Johnson was scheduled to serve fifteen years for murder.

These articles covered about three fourths of the front page. It was truly a simpler time in Orange in those days.

What to know about financial advising career paths

(StatePoint) If you’ve decided to pursue a career in financial advising, there are a few things you should know about... read more