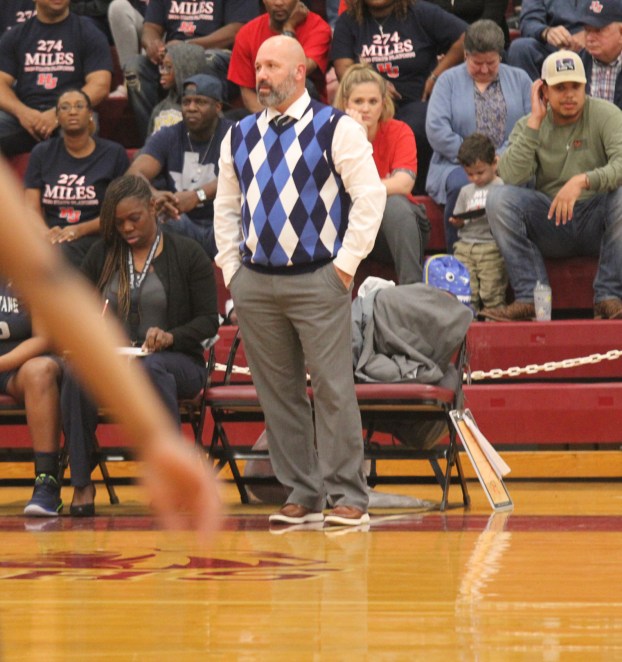 Van Wade/Orange Leader D.J. Wilson, who lead the WO-S Lady Mustangs to the third round of the playoffs last season, will take over the boys program starting next season.

D.J. Wilson, who guided the Lady Mustang basketball program last season, will now be the new boys head coach along with being the head coach of the cross country program.

“I’m so excited to get things rolling and this is definitely a dream job for me,” said Wilson. “We have tremendous kids here, both boys and girls and am thrilled that I have the opportunity and look forward to creating something special.”

Wilson can’t wait to apply his coaching style to aid the Running Mustangs.

“I plan to utilize our kids’ strengths, which is their athleticism,” said Wilson. “I want us to play fullcourt, man-to-man defense with a trapping press, similar to what they do at Silsbee and at East Chambers. At West Orange-Stark, we have the horses to do that.”

One of the best turnarounds in recent memory happened at West Orange-Stark this season as the Running Lady Mustangs shocked many across Southeast Texas by zipping all the way to the Class 4A Region III quarterfinals.

The Lady Mustangs had not reached postseason play since 2007 and were saddled with being close to last in district for years.

With the new grit and determination, the Lady Mustangs earned the fourth-place playoff berth out of District 22-4A. The Lady Mustangs (21-13) went on to strum 21-4A champion Livingston in bidistrict and then throttled Houston Kashmere in the area round before falling to 4A juggernaut and 22-4A rival Hardin-Jefferson in the regional quarters.

“It was a great season with the girls for sure, it was a great ride and those kids worked their tails off,” said Wilson. “A lot of people doubted them and they had a lot of doubt early, but they kept on pushing and just kept getting better and better and they really started believing in themselves and they just took off. A lot of great memories are there for sure and I’m certain they are going to get a good person to take over the program and it will be in good hands.”

Wilson will take over from Bill Barstow, who guided the Mustangs the last two seasons.

Barstow also did an excellent job in revamping the WO-S Cross Country team the last two years as more kids came out.

This past season the Mustangs went to the Class 4A Region III Meet for the first time in over a decade with a superb effort at the District 22-4A Cross Country Championships.

WO-S is still interviewing with candidates for both the girls head volleyball and basketball jobs.

WEST ORANGE – It’s been a strange offseason for sure for Southeast Texas football teams. After all, their spring conditioning... read more