A word with Bobby Tingle, publisher

From the publisher: Middle-income households could very well be going away 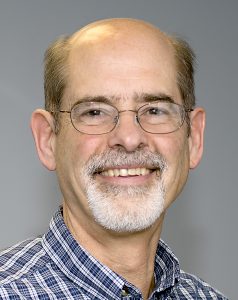 Where did they go? 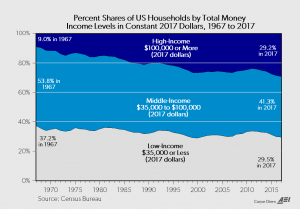 What is interesting about the chart is the direction middle-income households have gone in 50 years.  If you listen to the chatter all about us you would assume the middle’s loss was the lower’s gain. But not so, according to this study, which shows a drop in the percentage of lower-income households as well.

Taken together middle- and lower-income households were nine out of every 10 families in 1967.

The title of the article at the above-referenced web page is, Animated chart of the day: America’s middle-class is disappearing…but it’s because they are moving up, and is written by Mark J. Perry.

I first ran across this tidbit of information at the website of World Magazine, world.wng.org.

Perry’s and Koh’s work should be scrutinized.  Studies and statistics can be skewed based on a variety of factors.

But if the findings are accurate, then we should determine what we are doing right and keep it up.

Competition among Orange restaurants in Orange

A few years ago, there were a handful of local restaurants who dominated in Orange in the annual Reader’s Choice Awards contest held by The Orange Leader.

Mainstays such as Spanky’s, Old Orange Café, The Hut, Roberts, Judice’s Cajun Restaurant, Lucy’s Cafe and a few others garnered most of the food categories.  Recently their competitors have been infringing on their turf.

Boardwalk Grille is now downtown and planning a waterfront presence.

Real Southern Cooking will open on Green and 11th Monday morning with a new kitchen and drive-thru for pickup orders.

Wienerschnitzel has dominated for years on MacArthur Drive but Wendy’s and Burger King are on their heels.

If the rumors come true Chik Fil A will be on Interstate 10 and 16th street soon.  They could also have an unnamed beverage restaurant as their neighbor.

Bottom line is we have more and more choices right here at home to eat, drink and be merry.

Check them out.  Make them work for your attention.  Keep them on top of their game. Competition is good for the eater!

Bobby Tingle is the publisher of The Orange Leader.  You can reach him at bobby.tingle@orangleleader.com.

From the editor: Cyber bullying is never ok

Dawn Burleigh, Editor Today, many want to open a dialogue with the others with opposing views, or so they claim.... read more